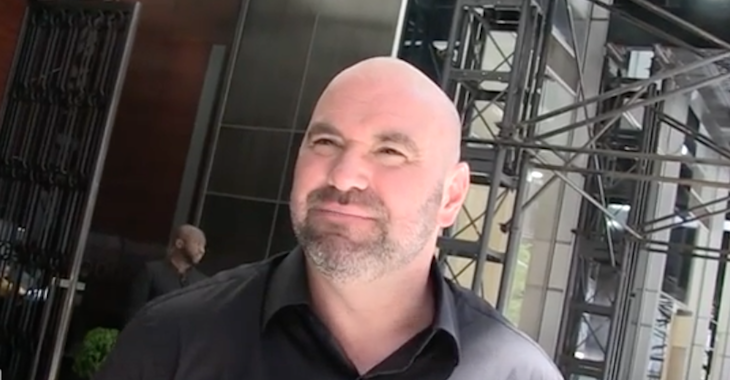 I still don't know if what I am hearing is in the works would actually be for the middleweight title. There is your hint. 😉

“The Count” initially denied the report, but today proceeded to call out former UFC welterweight kingpin Georges St-Pierre for a fight at the December 10 event on Twitter:

@GeorgesStPierre, we all want more money. But let's go,sign the papers.Give the people of Toronto what they want, be a hero! Let's go champ!

Bisping went on to say that he had verbally agreed to a fight with St-Pierre, but was waiting on “Rush” to “sign the papers”:

They've been negotiating this fight for the last few days. #letsgochamp https://t.co/lltcEaJ8zz

Shortly following Michael Bisping’s tweets, ESPN’s Brett Okamoto revealed that he had received a text message from UFC President Dana White that shut down all hopes of a Michael Bisping vs. Georges St-Pierre super-fight at UFC 206.

Text from @danawhite: There is no Bisping vs. GSP fight in Toronto. I know Mike wants it, but it's not happening.