The move was a very historic one, with numerous fighters taking to social media to express their support for the association, as well as many looking to join the association. 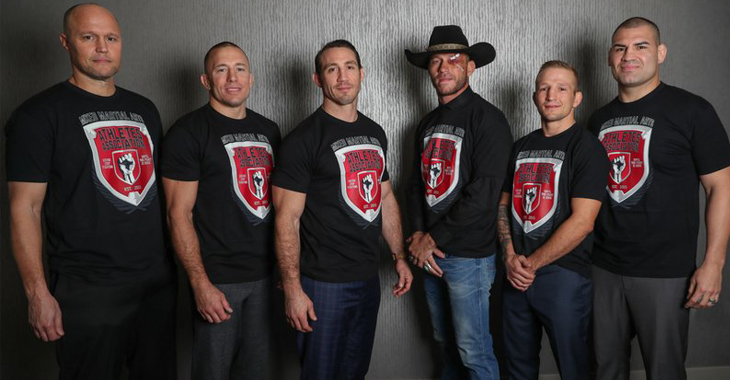 The UFC Brass released a brief statement on the matter after the MMAAA held a press conference, however the promotion has maintained radio silence regarding the situation until now.

“The only thing that I need to know is that the biggest scumbag in the history of combat sports, Bjork, is involved in this thing,” he said. “Listen, there are three unions out there right now battling against each other. And, if you’re a fighter, all these guys are looking to get in your pocket — it’s a business where guys are going to make money. As a fighter, if this is what you want to do, you need to figure our whose hand you want in your pocket. And I guarantee you don’t want Bjork’s hand in your pocket.”

“I was shocked that [Donald] Cerrone didn’t give me a call,” White said. “He has headlined three [UFC events]. Never held a title in WEC or UFC. And, a couple of years ago, he was on his boat and gets into a beef with a guy on another boat and he’s in big trouble. Who does he call? He calls me. What do I do? I go out and find him the best criminal defense lawyer and spent $100,000 of my own money. So, when I see ‘Cowboy’ standing up there I’m like, ‘really?’ Listen, no one has thicker skin than me. So, it just gets to a point where it’s, ‘whatever.’ It’s all good.”

Despite that, White maintains that he is not mad at the fighters for banding together to form the MMAAA, saying:

“I’m not mad at all [at the fighters],” he said. “At the end of the day here is the reality: The fighters can go out and do what they want to do — they are all grown men. We all have paths to walk down in life and this is what these guys [decided to to].”