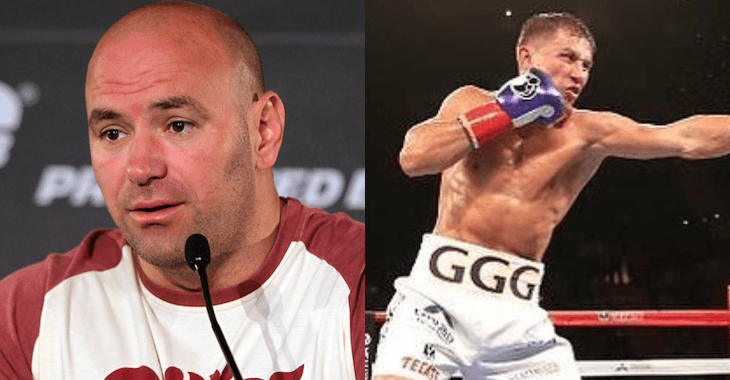 Long before mixed martial arts ever became a mainstream sport when UFC signed a deal with FOX, fans were debating whether or not the combat sport was superior to boxing. It doesn’t matter whether or not UFC Women’s Bantamweight Champion Ronda Rousey would dominate or lose to the undefeated, self-proclaimed “king” of boxing Floyd Mayweather; They are both icons in their own right and legends of their own sport.

UFC President Dana White has no issues with boxing and actually still pays attention to the watered-down product. One of the emerging stars in the boxing world of Gennady “GGG” Golovkin. With an impressive record of 34-0, Golovkin has fought his way up the rankings and has the potential to take over Floyd Mayweather and Manny Pacquiao’s role as “the next big thing”. “GGG” will know whether he can fill the void left by Mayweather when he takes a step up in competition, but he proved he has the talent to get it done when he fought in New York City at Madison Square Garden on October 17.

Check out Dana White’s reaction to the eighth-round knockout below!