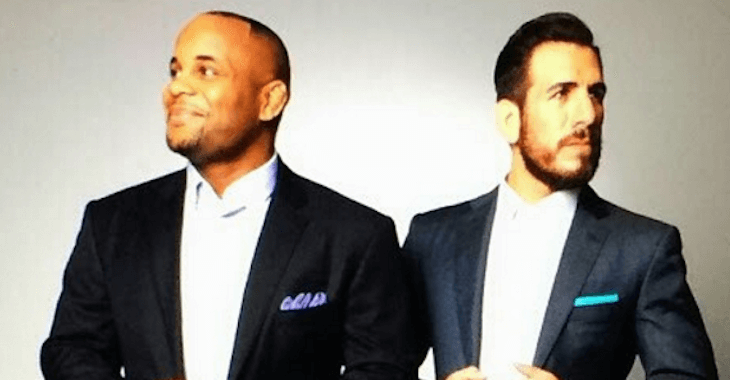 UFC Light Heavyweight Champion Daniel Cormier proved to the world that he is a true champion when he defended his title against Alexander Gustafsson at UFC 192 in Houston, Texas earlier this month. Before that, D.C. stepped into the octagon with two of the toughest 205ers in Anthony “Rumble” Johnson and Jon “Bones” Jones. It has been the busiest, most grueling year of the Olympian’s MMA career and he is ready to take some time off from the cage. BUT… not before he shows Kenny Florian some love.

Former UFC fighter Kenny Florian has found a home with the company after retiring when he signed on to become a UFC on FOX analyst, as well as a commentator for live events. While on “UFC Tonight”, Florian sits alongside Cormier to give fans weekly updates of the going-ons in the world of MMA. Cormier recently sent out a heartfelt message to his desk-mate— check it out below!

Sometimes u meet ur equal, ur partner. U meet the guy u are made to sit next to at a desk week in and week out. I found my partner. I found my guy @kennyflorian u complete me! Lol @ufctonight every Wednesday #2coolcats #ebonyandivory #davidaugust @foxsports