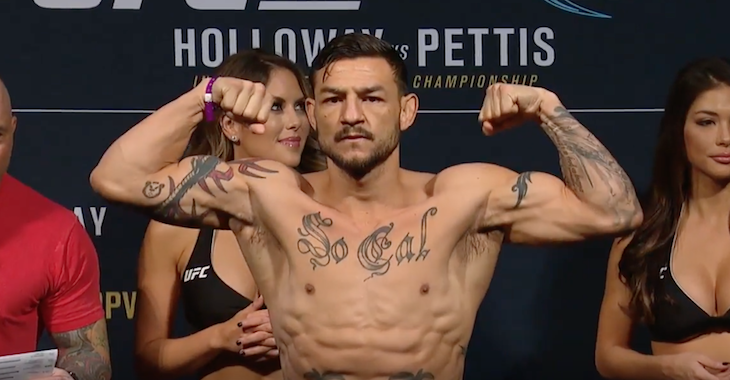 If you were to come across a bunch of lists of who people thought the top most exciting mixed martial artists in the world were, surely there would be few if any that did not have longtime featherweight contender, Cub Swanson as an entry or at the very least an honorable mention.

Swanson has been one of the featherweight division’s most fun fighters to watch dating back all the way to 2006 when he debuted in the premier organization for lighter weight fighters, World Extreme Cagefighting.

Since 2006, Swanson has only showcased his skills for the WEC and UFC(minus the one IFBL fight he had in ’08) and now it looks like he may be moving on.

The last bout on the thirty-four-year-old Swanson’s UFC contract was his last when he took on and lost to Brian Ortega. Because of this, he has lost some leverage when heading into free agency as is expected when coming off a loss. But he still remains one of the very best that the 145-pound division has to offer.

Whether he’ll stay with the UFC is still to be determined but if the rankings are any sign, it’s not looking good as Swanson has been officially removed and posted a shrug emoji on Twitter when seeing the news.

The Ortega loss snapped an exciting four-fight win streak for Swanson and if he does leave the UFC, his record under the promotion and WEC will have ended at 15-7.

His only losses have come to the very best too. Four of which to former or future UFC champions with the other three all to top 3-5 contenders.

Swanson’s resume speaks for itself and he hasn’t even officially left the UFC yet and the fans are already speaking out with disapproval of just the possibility of him leaving.

So what’s going to happen? Will the UFC bring Cub Swanson back or will he venture onward to Bellator or elsewhere?