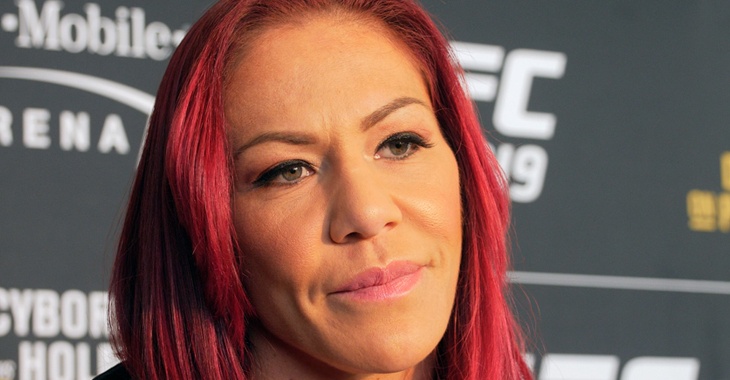 Was there a Ronda Rousey before Ronda Rousey? Sort of, yeah. A female star that everyone knew about and had interest in? Originally you could give that crown to Gina Carano. That is before it was violently stolen by Cris Cyborg at Strikeforce: Carano vs Cyborg in 2009. Cyborg fought eight times and went 7-0 before finally making her UFC debut at UFC 198 in May of 2016. This was three years after female fighters were first introduced to the UFC at UFC 157 when Rousey defended her title against Liz Carmouche.

Ever since that time, Rousey vs Cyborg was the female super fight to make and one that everyone had an opinion on. It was essentially the women’s version of Georges St-Pierre vs Anderson Silva. A fight that so many wanted and came so close to happening but never did and likely never will.

When asked who she thought was the most overrated fighter was…Cyborg didn’t take long to respond.

“I think in UFC it’s Ronda Rousey. Everybody think she is the best fighter ever pound-4-pound, then you see when she fights real fighters she had a hard time. And then, you know, [Conor] McGregor never fights anyone tough. I would like to see him fight Jacare [Souza] and then have the opportunity to fight Khabib [Nurmagomedov].

You know, McGregor’s a big name but we don’t know if he’s a real fighter because he needs to fight guys who are really tough guys in MMA. I don’t like when you put the name, the sport on two person, and the name of the person. ‘Let’s promote women’s MMA but the only face is Ronda Rousey’ You can not do this because now she retired.

You have to promote all the girls, all the girls make the sport going. Same thing with McGregor, all the sport, all the guys make men’s MMA, you know. It isn’t just one face because when Ronda retires, no she takes a break, McGregor takes a break then just wants to come back when he won and this is not how the sport is going.“

Cyborg was then asked whether or not she would still fight Rousey if the opportunity presented itself.

“For sure, I think this fight is what everybody has waited for. I don’t know if it happens but if it ever does it will be a fight I know the fans will be very happy and excited about.”

Cris Cyborg just recently successfully defended her UFC Featherweight title against Holly Holm at UFC 219. What’s next for the champion is to be determined, but a super fight with new Bantamweight queen is what is now on the minds of most fight fans.