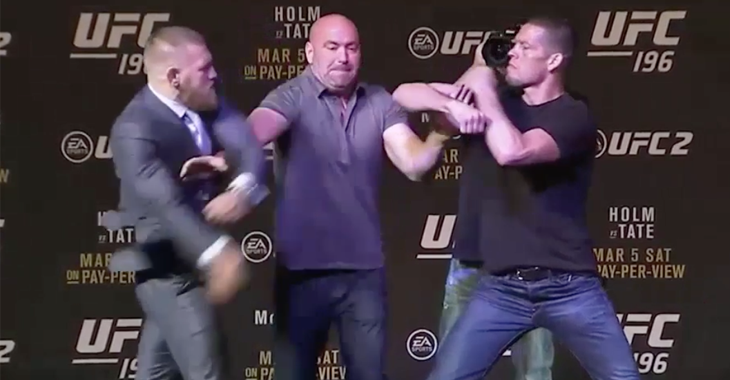 The event headliners were asked to square off and Nate proceeded to shove his fist inches from McGregor’s face. Conor eventually had enough of Nate’s antics and decided to punch Diaz’s hand away.

Well, if you look at this photo from ZombieProphet, it appears that Conor’s punch may have injured Diaz’s hand:

Yup, pretty sure something is wrong with it. Smart move Conor, SMART MOVE!!! pic.twitter.com/5edPvXQ8oi

What is your take? Do you think this photo proves Nate’s hand was hurt from the punch? Sound off PENN Nation!