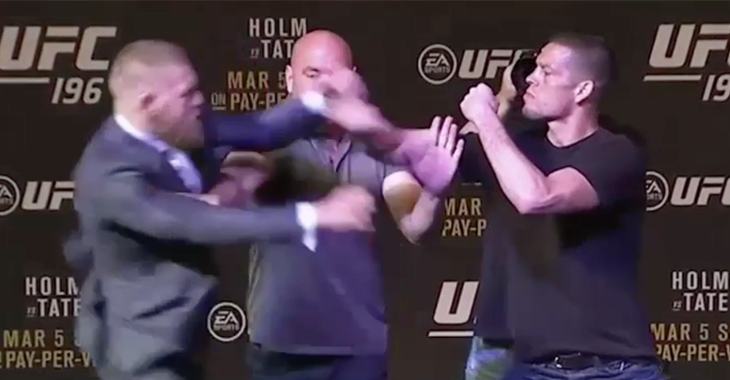 If you missed the action from the UFC 196 press conference, you will want to see the video of the action that went down.

A near melee broke out when UFC featherweight champion Conor McGregor threw a punch that landed on Nate Diaz’s hand that was in McGregor’s face during their face-off at the end of the presser.

Apparently the NAC felt that no consequences were warranted for the incident that could have gotten out of hand and potentially putting the fight at risk on Saturday night in Las Vegas.

Who are you picking in the main event of UFC 196? Conor McGregor or Nate Diaz? Be sure to cast your vote on the BJPENN.COM poll and view the results to see who everyone else has winning the fight.