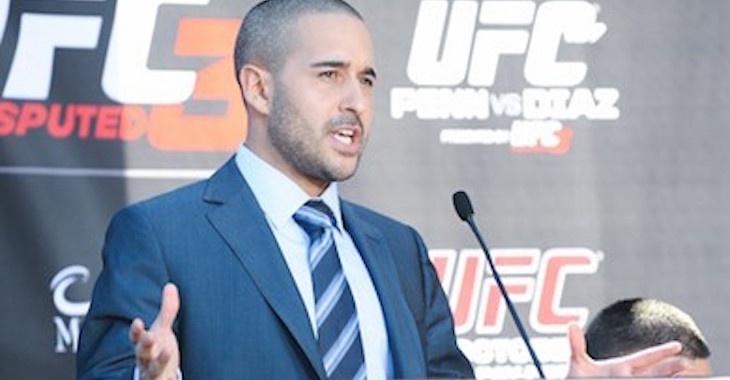 Until recently, this history-making showdown has resided firmly in the realm of the hypothetical. When UFC President Dana White made what he called “a real offer” of $25 million to Mayweather, however, that changed. The wheels were decidedly in motion.

Mayweather, of course, scoffed at White’s offer, explaining that he hasn’t been paid such a paltry sum in ages. According to UFC commentator Jon Anik, however, Mayweather might be unwise to balk at this offer.

On a recent episode of Bruce Buffer’s It’s Time podcast, Anik explained his belief that Mayweather needs McGregor and the UFC more than they need him. His words:

“Certainly, Conor could realize the biggest payday of his career, but he can fight Nate Diaz and all these other guys, and make 25, 30, if not 40 million. Floyd needs Conor and the UFC a lot more than they need him right now.”

While this is where Anik stands on the issue, however, he went on to elaborate that he has a hard time believing this fight will ever come to fruition.

“I don’t think it’s going to happen, but I went from somebody who was totally off board, to being pretty firmly on board,” Anik said. “I think it goes north of 3 million [pay-per-view buys]. How far north? I don’t know. I would argue, even if marketed poorly, it’s doing 2.5 million. And you know it’s not going to be marketed poorly.”

Buffer then weighed in the subject, saying that if this prospective pay-per-view did sell in this range, Mayweather would make far more than the $25 million he was offered by White.

“When I hear everyone balk at this offer, and I read social media — it’s 25 million guaranteed, not counting the revenue from pay-per-view. The pay-per-view alone is going to double or triple that 25 million, and nobody has any complaints.”

Do you think a Floyd Mayweather vs. Conor McGregor fight will ever happen? Sound off, PENN Nation!