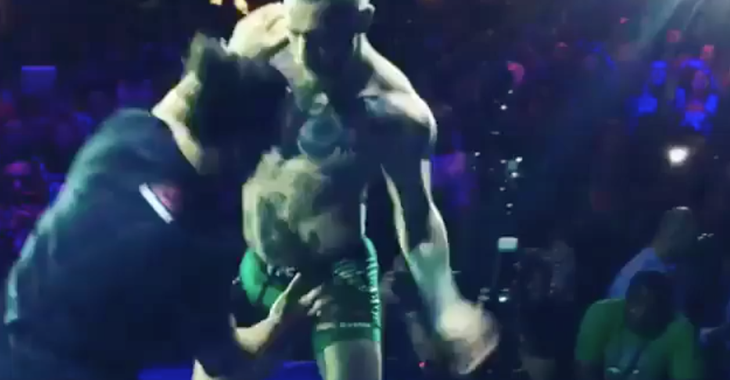 Jake Shields who is a teammate of Nate Diaz was right there ready to get in on the action at the UFC 196 press conference scuffle where Conor McGregor threw a punch that landed on Diaz’s hand.

The two are also seen in a video exchanging words with one another where Shields tells the UFC featherweight champ that he would “slap the sh*t” out of him.

The “touch butt” comments made by Nate Diaz during their UFC 196 press conference regarding Conor McGregor’s movement training with coach Ido Portal riled up a lot of laughter from the crowd in attendance and has since been a growing hashtag on social media.

Jake Shields took to his own social media to add to the hashtag category giving everyone a glimpse of what the Diaz camp is referring to with the term “touch butt.”