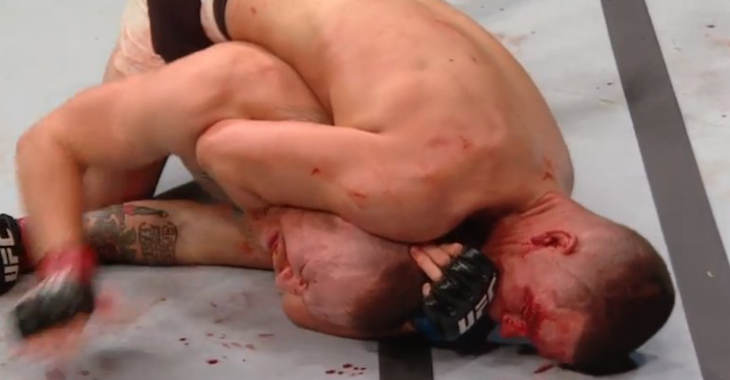 NOTE: If GIF does not load try refreshing this page in your browser

It was the night of the underdogs at UFC 196 in Las Vegas, Nevada. Both the co-main event and main event bout underdogs came out victorious as Holly Holm lost the women’s championship title to Miesha Tate and UFC featherweight champion Conor McGregor lost a non-title welterweight fight with Nate Diaz.

Holm and McGregor sat next to one another in the post-fight press conference whereupon McGregor’s arrival, both fighter’s have a touching moment and acknowledge each other in their night of defeat.