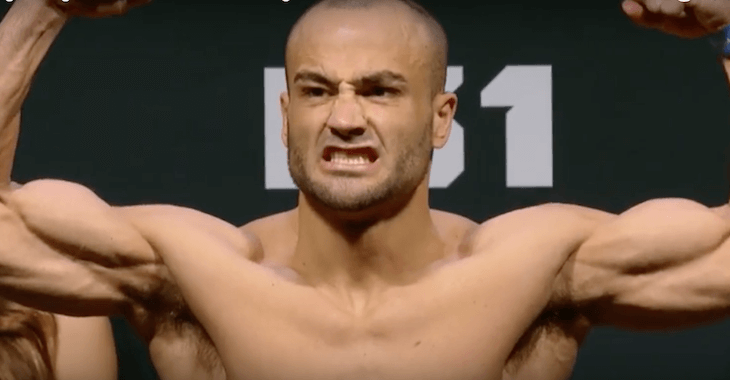 Top lightweight contender Eddie Alvarez will receive his first shot at UFC gold this July, when he takes on current champ Rafael dos Anjos for the promotions lightweight title in Las Vegas.

Alvarez was a recent guest on The MMA Hour with Ariel Helwani, where he discussed the major holes he sees in UFC featherweight champion Conor McGregor’s game. His words:

Alvarez, who has been in to the ‘championship rounds’ three times during his MMA career, doesn’t believe that McGregor has the stamina to go five rounds hard:

“And to be honest with you, Conor’s a one-or-two-round fighter,” Alvarez said. “He’s not a championship fighter, you know what I mean? He’s a one-or-two-round guy. He’ll be a lifer, I think, in three-rounders. If he ever decides to do five-rounders or go past to five, I think most of his fights are going to look like that. He’s going to take a dump.”

Do you agree with the statements made by Eddie Alvarez on Conor McGregor? Sound off PENN Nation!