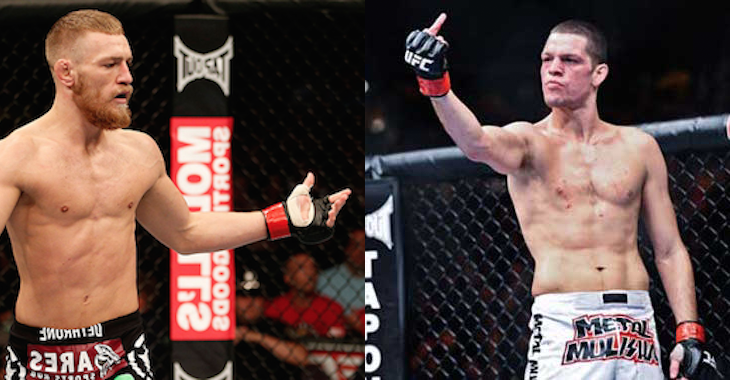 Early Tuesday evening BJPenn.com broke the news that Conor McGregor vs. Nate Diaz had been slated for the main event of UFC 196 after Rafael dos Anjos backed out of the bout with a broken foot.

There were still some questions surrounding the bout, mainly what weight class the pair would compete at.

Tuesday evening on SportsCenter UFC President Dana White officially announced the bout, and revealed the fight would be going down at welterweight rather than lightweight given that Diaz is stepping in on short notice.

Now that the bout has been made official, who do you have winning this high anticipated showdown?