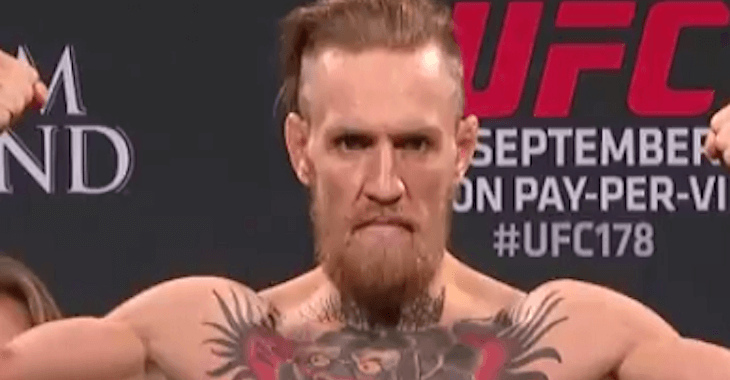 While Conor McGregor is slated to fight Nate Diaz at UFC 196 on March 5th, he has his sights set of Nick Diaz in the future.

At the UFC 196 press conference on Wednesday, McGregor repeatedly used the microphone to make statements towards Nick Diaz, who was not on stage but was at the event. In addition, McGregor referred to Nate Diaz as “Nick’s lil bro” several times throughout the event.

After the press conference was over, Nick told media members that he was down for a fight with Conor McGregor. Unfortunately, Nick Diaz is currently suspended until August as a result of a failed post-fight drug test.

McGregor spoke about his desire to fight Nick Diaz in an interview with Fox Sports, saying:

“I certainly did ask when Nick’s ban is up. He’s still banned so either or is good for me. Maybe somewhere down the line I’ll probably contest against both, I feel.”

“Nick is proud of his little brother. I could see it up there,” McGregor said. “He was worried for him or something. I could see it. I had to tell him, ‘Nick, he’s doing well up here, relax.’ But that’s his baby brother so it is what it is.”

How would you like to see Nick Diaz vs. Conor McGregor in the future? Sound off below PENN Nation!