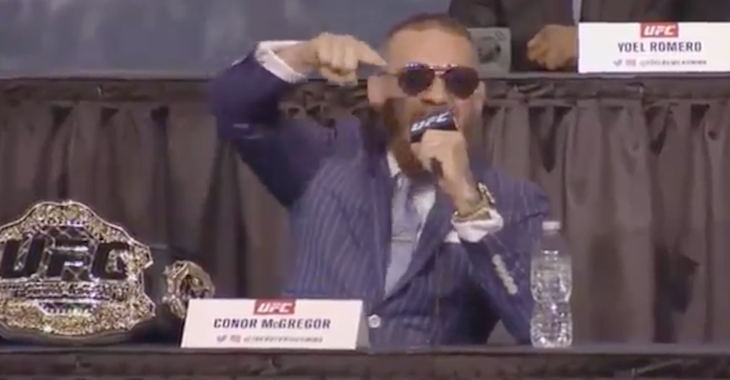 Shortly after the reports of McGregor’s license surfaced, former boxing champion Paul Malignaggi spoke in a video statement on Twitter about McGregor, calling him out by saying:

“I got to thinking, I’m kind of interested. At first I’m telling Conor, ‘stay in your lane, you’re going to embarrass yourself’, but now I’m thinking if you’re really going to disrespect the sport of boxing like that, I’d like to be the one to teach you a lesson. I would never disrespect your sport and tell everybody ‘you know what I could beat the best fighter in your sport in the cage.’ You shouldn’t tell everyone you can beat the best fighter in our sport. I know you apologized about absolutely fucking nothing in your last fight, but after I’m done with you, I’m going to knock the beard off you homie. You’re going to apologize for everything you’ve been trying to do to get into boxing.”

McGregor had remained silent on the matter over the past few days, but broke his silence in a recent interview, when he was asked about Malignaggi’s callouts. In typical McGregor fashion, he replied with:

Needless to say, things are heating up!