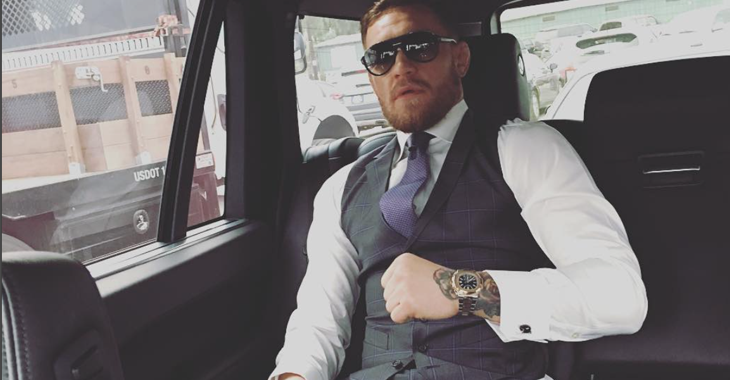 UFC superstar Conor McGregor certainly has quite a bit of widespread appeal. The Irish superstar has continued to make himself known not only in the combat sports community, but also to the general public, as he has repeatedly made headlines throughout the course of his rapid ascent to fame.

While Conor McGregor has never made an appearance at a WWE event, the UFC champion has been very open about the possibility of making the jump to the WWE in the future.

According to TheSun.co.uk, the WWE recently reached out to McGregor in hopes of reaching a deal that saw the Irish superstar make an appearance at the upcoming Wrestlemania. As if that wasn’t surprising enough, the WWE reportedly told McGregor “Name your price” during negotiations.

According to a source who spoke to TheSun:

“WWE has made no secret of its desire to do something with Conor McGregor and there were talks between the two parties about this year.

“Because he’s taking time off from the UFC, there was a talk about doing something at this year’s Wrestlemania in April, but it wasn’t to be despite a hefty offer.”

McGregor of course would be the first combat sports athlete to appear at a WWE event. In addition to Floyd Mayweather and Muhammad Ali, former UFC champion Ronda Rousey made an appearance at Wrestlemania 31 in 2015, where she and Dwayne ‘The Rock’ Johnson had a ‘run-in’ with Stephanie McMahon and Triple H.

While Rousey initially took to social media after her appearance to reveal that she would be making more appearances with the WWE in the future, the former UFC champion has not yet made her return to the WWE. With McGregor currently sidelined due to the upcoming birth of his firstborn child, it could be quite some time before WWE fans see the UFC superstar in the ring.