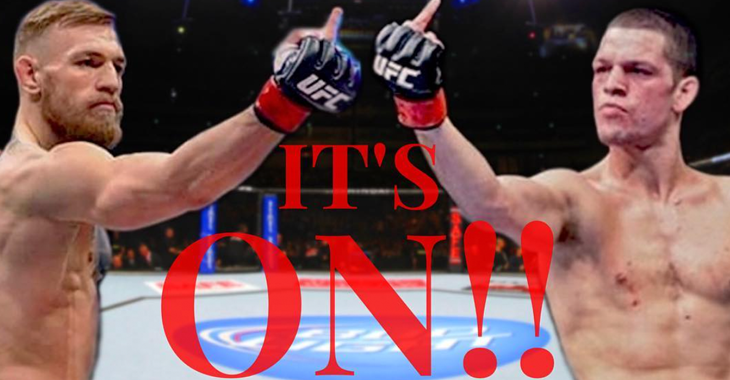 “Now as the fight comes closer Nate is acting like a scared little boy. Trying to pass the spotlight off to big brother Nick. Trying to pass the spotlight off to Gracie. Nate is trying to pass the limelight. That’s what a man does when he’s scared. He shy’s away and tries to pass it on. So that’s what you’re seeing with Nate. He’s talked a lot previous, saying he’s going to do this and going to do that. Now we are up here and we are doing this and he is saying absolutely nothing. He’s sitting in a little shell. So let’s see what he’s got. He even tried to pick on Jon Anik the other day. He has a bully mentality until a real man shows up. Like Mike Tyson said, ‘He’s scared of the real man!’”

Who do you have winning this welterweight fight? Sound off PENN Nation!