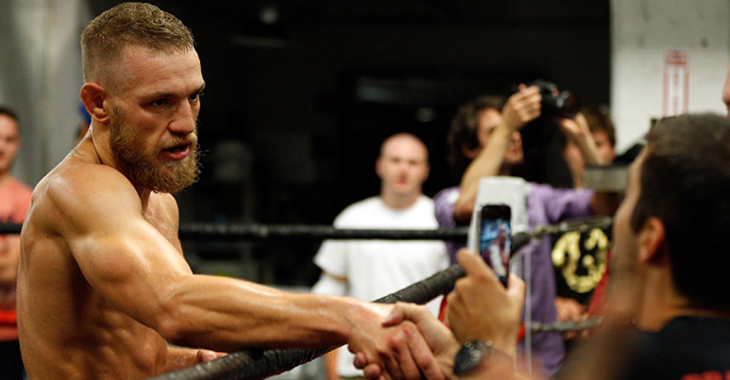 Initially after the fight between Conor McGregor and Nate Diaz at UFC 196, there was not a lot of talk about an immediate rematch. Diaz was able to withstand an early onslaught from McGregor in the opening round and turned things around in the second. Diaz hurt McGregor with punches and was able to utilize his black belt-level jiu-jitsu game to secure a rear-naked choke on McGregor to hand him his first loss in the UFC.

With reports floating around that the UFC is looking to book an immediate rematch between the two stars at UFC 200, you have to wonder if this is simply a demand that McGregor has come up with.

“The Notorious” posted a statement after the fight with Diaz talking about the fight and addressing the loss. He ends the statement with, “Nate I will see you again.”

UFC Dana White President Dana White has said previously that it hard to deny Conor McGregor and his requests. McGregor is responsible for bringing in the promotion a lot of money.

Is this a case of Conor McGregor getting what Conor McGregor wants? Share your thoughts in the comment section on an immediate non-title welterweight rematch between McGregor and Diaz and what this means for the featherweight division.