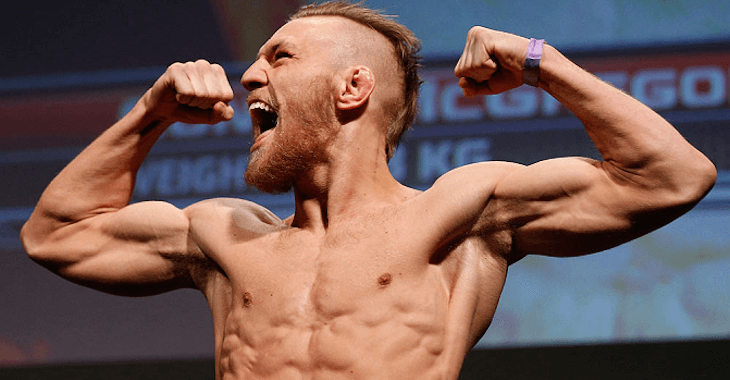 At last night’s UFC 196 post-fight press conference Conor McGregor was asked who he would like to fight next following his submission loss to Nate Diaz.

The Irish superstar acknowledged that his next fight would most likely be a featherweight title defense:

“I don’t know. I think.. I know there are a lot of people celebrating this (loss) in the featherweight division. There are many people celebrating another mans victory, it’s something that I cannot understand how somebody who is not involved can celebrate another mans victory. At the end of the day I am the featherweight world champion. I feel it is right to go back down and remind them of what I achieved and what I have done to that division. But, I am not forgetting about the 155-pound division and I am certainly not forgetting about the 170-pound division. I think next is probably go back down and defend my featherweight crown. I don’t know, I still feel UFC 200 is there for me.”

Conor was asked who he thought should receive the next shot at his featherweight title, to which he responded with the following:

“I don’t know. It’s hard to kind of not give Aldo another go, he was ten years undefeated. But again, he pulls out a lot and doesn’t show up a lot. Frankie at least gets in there an competes. So, I don’t know. I’ll keep my ear to the ground and see who the fans want to see the most. What are the fans most interested in. Who do they want to see me defend my belt against.”

Who would you like to see Conor McGregor defend his featherweight title against at UFC 200, Frankie Edgar or Jose Aldo? Sound off PENN Nation!