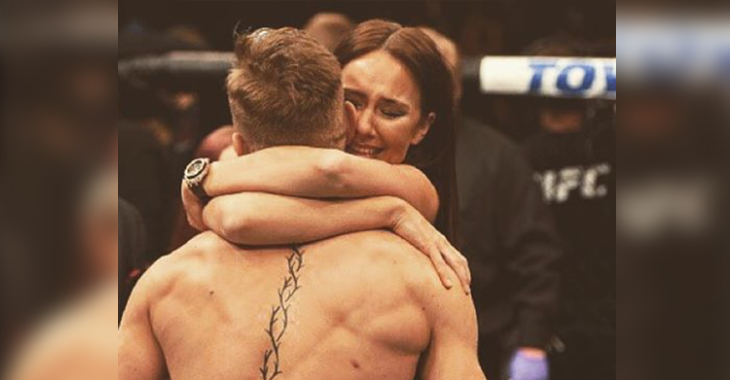 Congratulations are in order for UFC lightweight champion Conor McGregor and his girlfriend Dee Devlin!

According to reports, McGregor and Devlin welcomed newborn baby Conor Jack McGregor was born on May 6th at 8pm, weighing-in at 8 pounds 14 oz according to Conor’s father, Tony McGregor.

McGregor’s father spoke to IrishMirror about the wonderful moment he became a grandfather once again, stating: “He came in at 8 pounds 14 ounces. The whole family are absolutely delighted.

“We’ve experienced this recently with our eldest daughter and there’s no better feeling in the world than being a grandparent. The parents are absolutely over the moon and everyone is healthy.”

Congratulations to the McGregor family on the birth of Conor Jack McGregor!

Stay tuned for updates on this situation, as well as UFC President Dana White’s plans to meet with McGregor in the coming weeks to work out the details on a Floyd Mayweather fight.