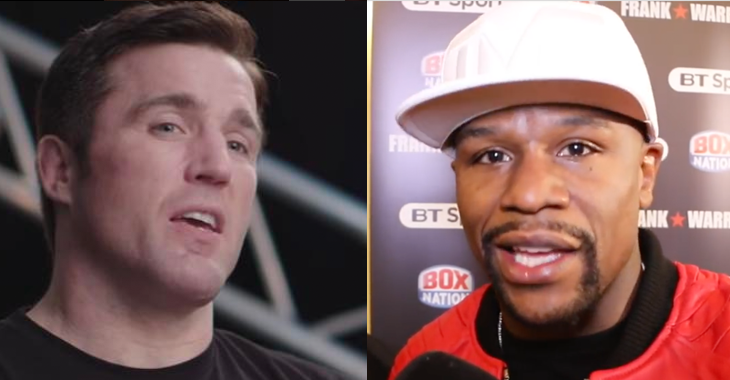 Every day, it seems more and more likely that the once farfetched Conor McGregor vs. Floyd Mayweather boxing match actually happens. As this fight grows ever more possible, many members of the combat sports community are offering their take on it.

The latest to do so is three-time UFC title challenger and current Bellator star Chael Sonnen. Sonnen gave his take on this possible McGregor-Mayweather fight, and what it means for the sport of boxing, in an interview with FightHubTV. His words (via MMAMania.com)

“The public dismisses boxing as a fringe, fake, and phoney sport, and the public may just be right,” the Bellator light heavyweight said. “The fact that you can take a guy that has never lost in professional boxing and put him in there with a guy who has never done professional boxing and have a lot of people – including people in the industry of boxing – think that the guy who has never done it is going to beat your undefeated greatest of all time is an embarrassment for the sport.”

Sonnen’s next fight will pit him against arch rival Wanderlei Silva in the main event of Bellator NYC this June 24. The fight will mark Bellator’s first stop in New York City, and its second pay-per-view ever. It will be co-headlined by a heavyweight showdown between MMA legend Fedor Emelianenko and UFC veteran Matt Mitrione.

What do you think of Chael Sonnen’s take on this much discussed Conor McGregor vs. Floyd Mayweather mega fight? Does he have a point? Sound off, PENN Nation!