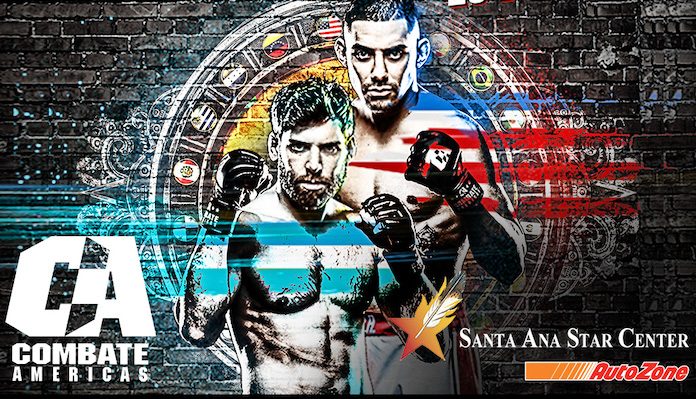 NEW YORK – June 4, 2019 –Combate Americas today announced six new bouts for its first-ever featherweight (145 pounds) world championship event that will headline the Mixed Martial Arts (MMA) sports franchise’s debut in the state of New Mexico,  live on television in Spanish in the U.S. on both Univision (12 a.m. ET/PT) and UDN (12 a.m. ET/9 p.m. PT), and in English in the U.S. and Canada on DAZN (11 p.m. ET/8 p.m. PT) from Santa Ana Star Center in Rio Rancho on Friday, June 28.

Priced from $19.75, tickets for the Combate Americas world championship event are on sale at CombateAmericas.com/NewMexico.

Among the new matchups announced today for the show was a women’s bantamweight (135 pounds) co-main event contest between Brenda “Boom Boom” Gonzales (9-4) and Marilia “Tigress” Fanta (3-0).

The world-ranked Gonzales of Moriarty, N.M. will compete for the first time this year, and will look to earn her second consecutive victory after scoring a first round (3:55) TKO (punches) on Tamikka Brents last October 5.

Fighting out of Miami, Fla. via Fortaleza, Brazil, Morais is a decorated, two-time Muay Thai champion who crossed over to MMA in 2017, and has since secured all three of her professional MMA victories by (T)KO or submission.

Alvarez of Miami, Fla. is riding a four-fight win streak that he extended on January 25 with a second round (4:57) knockout of Jorge Calvo Martin.

Fighting out of Albuquerque, Sanchez is an 11-year veteran of the sport.  He has earned 8 of his 12 career victories by way of (T)KO or submission.

Elsewhere on the preliminary bout card, unbeaten Javier Cepeda (1-0) of Roswell will face off with Jesus Villegas (0-0) of Des Plaines, Ill. at flyweight.

Two welterweight (170 pounds) upstarts – Daniel Martinez (0-0) of Rio Rancho and Patrick Ayala (0-0) of Albuquerque – will make their respective professional debuts against one another.

Shyann Farmer (0-2) of Alamogordo, N.M. will return to  Combate Americas action for the third time and look for her first professional victory against Criszaida Adames (0-0) of Philadelphia, Pa. in a strawweight (115 pounds) battle.

Additional bouts for the Combate Americas world championship event will be announced soon.