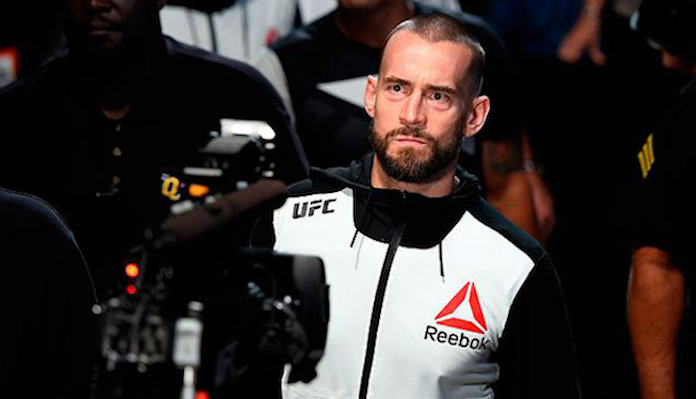 CM Punk did not participate the open workouts for Saturday’s stacked UFC 225 card, as he was dealing with anxiety issues. Speaking to the media shortly thereafter, however, the former pro wrestler assured that his anxiety will not effect him on fight night — just at it didn’t when he wrestled for WWE. He’s just not very comfortable training in front of a crowd.

“It’s a scheduling thing, and it’s an anxiety thing,” Punk explained (transcribed by MMAMania). “I’ve got severe anxiety, and I- I’m comfortable in the gym obviously, and I don’t like people wa- like if I was training and someone walked in and started watching, I wouldn’t know and I’d be fine with it, it’s whatever. But, as weird as it sounds, I’ll be fine fighting, but just the training, I don’t know, I’m like a weirdo.

“I know, wrestling in front of hundreds of thousands of people in my underwear… but it’s just different. I have anxiety. I barely go to Punk shows any more, you know, because like, being in a crowd of people I’m like ehh [hunches down]. This is starting to freak me out now that I’m thinking about it [points around him].”

At UFC 225, Punk will battle Mickey Gall in a welterweight bout. Both fighters have 0-1 MMA records, having both lost their professional debuts to Mickey Gall inside the Octagon.

Punk came up short against Gall in September of 2016, succumbing to a rear-naked choke a little over two minutes into the first round. While this first bout was not particularly impressive, his coaches and teammates have all assured he’s vastly improved since then.

Do you think CM Punk can deliver his first MMA win this Saturday night at UFC 225?