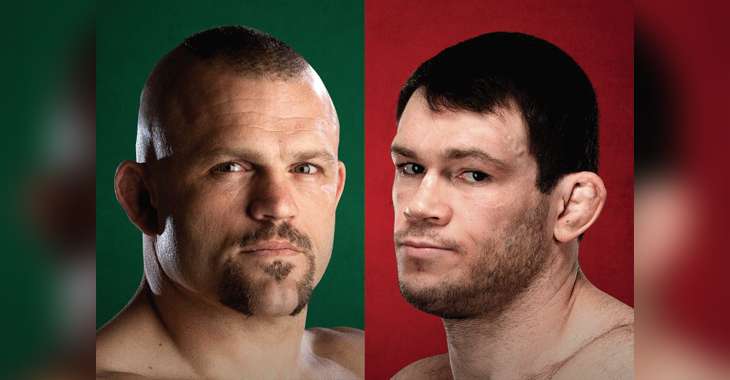 UFC Hall of Fame legends Chuck Liddell and Forrest Griffin will soon get to have another go at competition. This time, the two former UFC light heavyweight champions will be competing as head coaches on the new season of “The Ultimate Fighter: Latin America 3.”

According to the UFC, “Team Liddell vs. Team Griffin is set to begin filming late spring in Buenos Aires, Argentina with a culminating finale programmed for November 5 in Mexico City at Arena Ciudad de Mexico.”

The UFC released the information in a release on Monday. “The first Spanish speaking series of the reality show, The Ultimate Fighter® Latin America, was launched in 2004 reaching an average of seven million viewers per episode in Mexico and millions more viewers around Latin America. The second season followed the footsteps of the first with viewership in UFC Network, Chanel 5 and 14 free-to-air networks. For 2016, UFC® has recruited talent from all over the region and divided them into two teams: Team Liddell and Team Griffin. Both teams will represent a combination of Latin American countries. The series will also include special guest appearances by additional UFC athletes brought in by both coaches to enrich their team’s training experience.”

“We have come a long way from the first season of The Ultimate Fighter®”, said Liddell. “I feel honored to be a part of the Latin American series. We have great fighters competing in the region and I’m excited to get a chance to train them and teach them a few things I learned during my career. Expect a great finale in Mexico City November 5.”

“I’m very excited to be participating in The Ultimate Fighter® Latin America 3,” added Griffin. “I know how much of a competitor Chuck is so I will be bringing my A game. UFC is still very new in Latin America and for that reason I am thrilled to be a part of this opportunity in helping grow the sport in the region.”

The series is scheduled to air in August on UFC Network, Televisa’s Channel 5 in Mexico, UFC FIGHT PASS and additional Free-to-Air Networks in Latin America