Chris Weidman Thinks We Still Have A lot More Mayweather vs. McGregor Coming

The former UFC middleweight champion Chris Weidman is in a sort of limbo right now. He broke his losing streak by beating Kelvin Gastelum and you’d think he’d be on his way back towards that title, but his path isn’t that clear. He’s keeping his eye on a rematch with Luke Rockhold, but keeping a move to light heavyweight in his back pocket in case it’s a shorter line to the title. Meanwhile, on the outer fringes of the sport, Weidman thinks that Conor McGregor and Floyd Mayweather’s paths are much clearer. Not only that, but Weidman believes we’ve not seen the last of them by a long shot.

“Yeah, I mean I think I have [McGregor] winning now. I think he’s gonna win. That’s my last prediction. Third-round knockout. It’s just a gut feeling, just I’m feeling it. I think it’s gonna happen and then they’re going to have a second fight, Mayweather’s gonna win that and then next thing you know they got a Conor verses Floyd trilogy, and everybody’s spent 300 bucks, which means 500 million for each of them.” — Chris Weidman via Submission Radio. 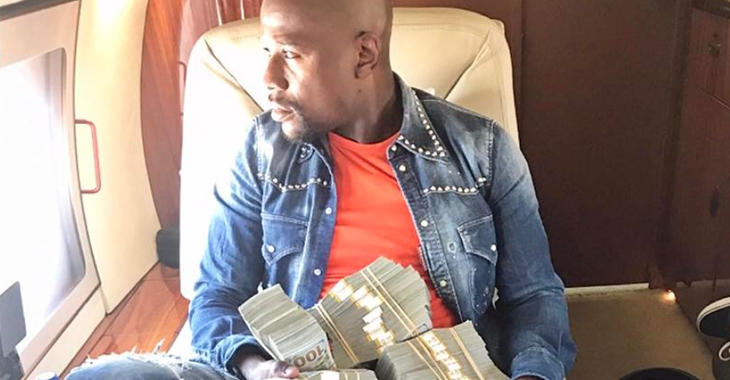 Now, that’s an unexpected hot take. Such a hot take that it’s easy to bypass the fact that he thinks Conor McGregor will beat Floyd Mayweather. After such a bonkers build-up, it’s daunting to think that the circus would go on for two more fights. After all of this though, nothing is really that surprising. McGregor and Mayweather found a way to drain money out of us for a spectacle and as long as they can keep it up, the wheels probably never have to stop.

This article appeared first on BJPENN.COM
Previous articleConor McGregor is Responsible For the Malignaggi Footage Not Being on Showtime
Next articleBigfoot Silva Will Fight Rico Verhoeven at GLORY 46
© Newspaper WordPress Theme by TagDiv