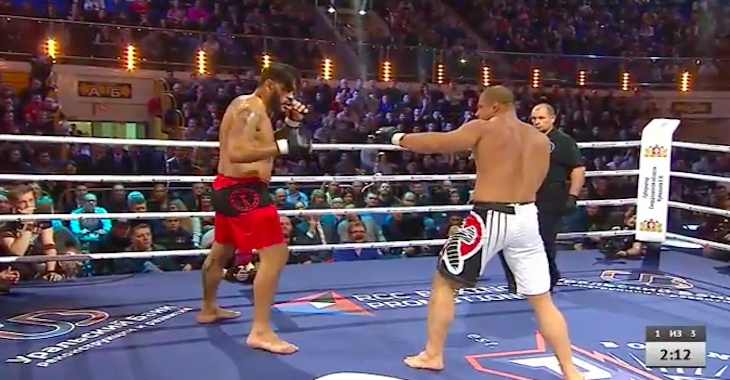 We live in a world where Conor McGregor is about to fight the very best boxer around right now, for no other reason than McGregor can pull in an absolute truckload of cold, hard cash. With that in mind, there shouldn’t be too much that could surprise any of us involved in the combat sports world. This latest news though, is a head-scratcher. Antonio “Bigfoot” Silva is expected to fight GLORY heavyweight champion Rico Verhoeven in a kickboxing match at GLORY 46 on Oct. 14 at Guangzhou Gymnasium.

“Bigfoot” Silva, who is 1-8-1 in past 10 MMA fights, will face GLORY champ Rico Verhoeven in kickboxing in October https://t.co/bBgkR8JHIx

Bigfoot Silva has lost six fights in a row, five of those losses are by TKO or knockout. One of them was some sort of weird boxing bout billed as an MMA fight so that it could happen to begin with. Verhoeven on the other hand, has been on a juggernaut-like stampede through GLORY. After a weird end to his highly anticipated fight with kickboxing legend Badr Hari, they were supposed to have a rematch until Hari got into legal trouble once again. Maybe it’s a shortage of opponents, or maybe Silva draws surprisingly well in China, either way these two mismatched fighters from different sports are going to fight and it’s not going to be pretty. It’s hard to see how Bigfoot wins this one, but you can watch him try on Fight Pass.