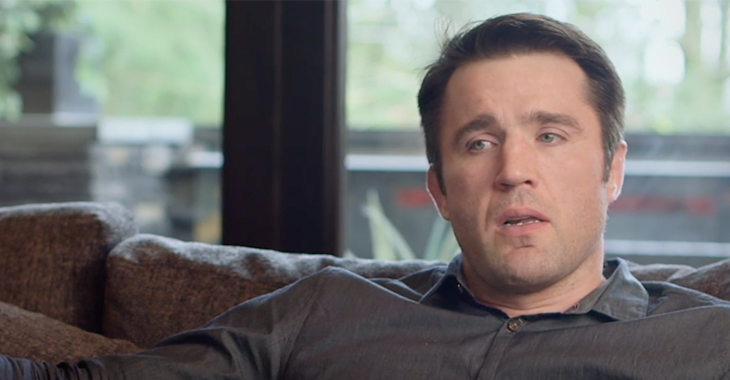 Tragic news surfaced last year that fan favorite fighter Chael Sonnen and his wife Brittany had lost their newborn daughter, Blauna, as the result of a listeria infection.

While details were initially scarce regarding the situation, the MMA community immediately began pouring out their support for Chael Sonnen, one of the most caring members of the MMA community. Ahead of Sonnen’s Bellator 170 scrap with Tito Ortiz on Saturday night, he spoke in a radio interview with Jim Rome to discuss the tragic situation:

“Brittany was sick and we kept going to the doctors, we were at three different emergency rooms and four doctors in total. And they kept telling us it’s dehydration and they kept putting an IV in her and rehydrating her and finally I had to get big and strong and I told the doctor, look nobody knows more about hydration than me not even you doctors you guys don’t ever see dehydration. I come from the one and only field where you have to make weight before you can do your job. If you tried to weigh anybody in any other form of society before you let them work you’d be sued, I know all about dehydration, I wrote a book about dehydration, I said this is not a dehydrated woman, we have to stop with that…there has to be another diagnosis. They put an IV in her. They gave her another liter of saline and it was just so frustrating. And we finally got to the hospital when Blauna was born and the doctors ran a test and she has listeria. And had we known that the whole thing could have been prevented and I don’t blame anybody, but it was very frustrating to just keep being told dehydration.”