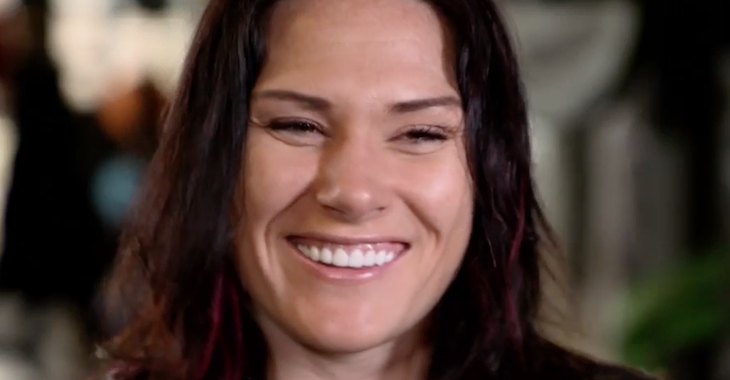 UFC 222 marked the first time “Alpha” Cat Zingano made the walk to the octagon since UFC 200 in July of 2016. Unfortunately, the return to action against undefeated rising Brazilian contender, Ketlen Vieira did not go as Zingano had planned.

Vieira would end up earning the split decision victory in what was a tough battle that extended her winning streak to ten and Zingano’s losing streak to three(the first and only skid of her career).

With this in mind and now finally fully healthy overall and unscathed coming out of the recent outing, Zingano looks to get right back at it and fight at least twice in one year for the first time since 2010(the only year that she has fought more than once in her career with three fights that year).

And despite the three-fight losing streak, Cat appears to be negotiating a very exciting fight for her return. What exactly the definition of exciting could mean here really is unknown, especially coming off of losses like this.

However, logic has seemingly gone out the window in the UFC as of late and the UFC and current featherweight champion, Cris Cyborg have indeed expressed interest in a potential title fight between Cyborg and Zingano. Albeit, the most recent interest expressed was back around the time of UFC 214 in July of 2017 when they were looking for an opponent for Cyborg that wound up being Tonya Evinger for the vacant title.

Zingano hasn’t won a fight since 2014 when she defeated the now champion at 135-pounds, Amanda Nunes by third-round TKO(Nunes’ last loss). So the chances of that option vs Cyborg being a possibility would feel very unlikely to those who follow the sport. But as mentioned…it’s hard to tell with the UFC these days. Especially in regards to their female 145-pound weight class

Perhaps another somewhat more likely option could be the inaugural featherweight champion of the UFC, Germaine de Randamie who hasn’t fought since she won the title at UFC 208 in February of 2017 and plans to return to bantamweight.

Who could Zingano be referring to and who would you like to see her fight against next?