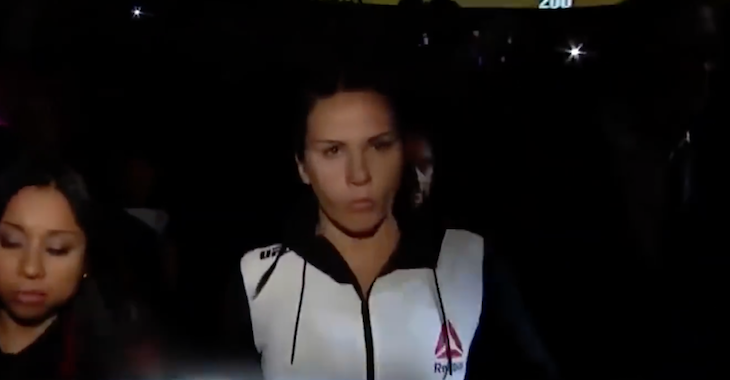 With that being said, Zingano is on a 2-fight losing streak that saw her suffer the first defeat of her professional career at the hands of Ronda Rousey back in 2015, and more recently saw her drop a unanimous decision to Julianna Pena. While there has been no word yet as to when Zingano will return to the Octagon, the former UFC title challenger took to Instagram to reflect on her MMA journey, and assure fans she isn’t going anywhere!

I'm going to be introspective for a moment. I started fighting to have something to do that could help me get in shape after having a baby, as well as a physical outlet outside of my home. Along with being a new mom, I was a full time student, studying to be an American Sign Language interpreter. These were grueling hours, and although a baby is a lot of physical work, I needed to move my body In a way that could physically and therapeutically exhaust me. Taking those moments to be active contributed to being a more present and healthy mom to my child. And mentally, I'm like an animal on that level, I need to balance activity, being up and stimulated or I can get depressed. I fell in love with BJJ. It challenged my mind and body equally and quickly became a silent form of self expression. My joy, my pain, my boredom, my excitement, my issues and frustrations, all things inside could come out in these ever so humbling motions. Some days I was the hammer, some days I was the nail…That in itself kept me challenged. Eventually MMA became an option. I begged to do it, I wanted to know how I would do, knowing what I know, going against someone who thinks and believes they are stronger. I wanted to find all the ways I could learn how to win, and then make it happen, real time, real life. I barely got paid, ticket sales is all. To get paid anything for doing something I would have always elected to do for free, purely just to challenge myself and someone else, was amazing. The lack of having those intense of challenges in my life made me feel flat. I had always wanted to be a professional athlete for those exact sentiments, but all of the sports I played I always fell just a shot short. MMA was a way I could use all of my experiences in athletics in combination of muscle memory, intensity, drive & desire. I've been intimate with the addiction of winning, I've known the hatred of losing. This war of will was intriguing because standing across from me, was me. A decision, the pain game, give it or take it, no one gets out unchanged. I love what I do & I'm here to do it.As emotional as I can be, remembering why I started makes me grateful. Thank you for the platform @ufc