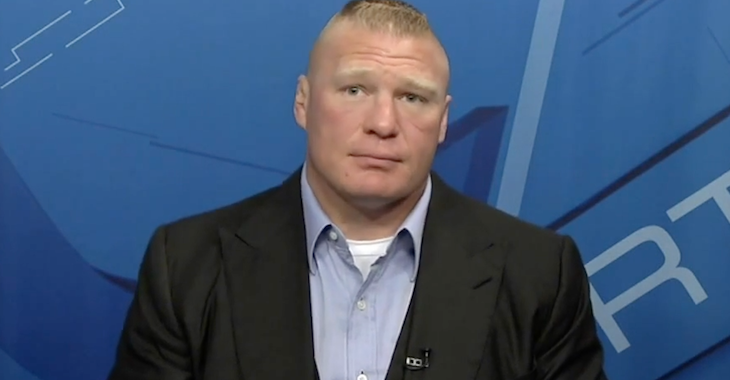 Lesnar made his triumphant return to the Octagon back in July, however there was some controversy surrounding his return. When it was announced in June that Lesnar would be returning to the Octagon at UFC 200, it was also revealed that Lesnar had been granted an exemption from the four-month period of testing to become an eligible fighter in the eyes of USADA. The move was certainly a controversial one, with many other fighters questioning the fact that Lesnar was granted an exemption.

Throughout the build-up to the fight, Hunt, who was aware of the fact that Lesnar was granted the exemption, repeatedly stated that it didn’t matter whether or not Lesnar on steroids. When it came to fight night however, Lesnar managed to dominate Hunt, using his wrestling to pick up a unanimous decision win.

Shortly after the fight however, it was revealed that Lesnar failed a pair of drug tests. This set Hunt off, as he demanded his release from the promotion if they didn’t sort the situation out. In addition, Hunt continuously bashed the UFC for allowing a fighter who failed a pre-fight drug test to compete, pointing out that he could have sustained major injuries in the fight. Now, according to MMAJunkie, Lesnar’s hearing has been postponed as his new attorney, Howard Jacobs, who is regarded as one of the best PED Attorneys, has requested more time to test supplements Lesnar took, in hopes of mounting a ‘tainted supplement’ defense on Lesnar’s behalf.