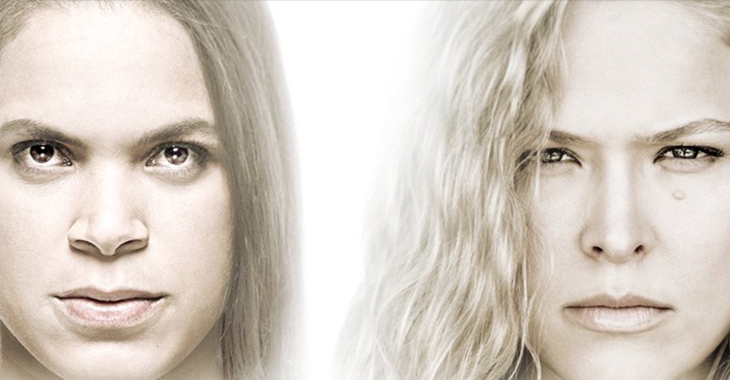 Last November, Holly Holm shocked the world by knocking out the seemingly unbeatable Ronda Rousey with a second-round head-kick. More than a year later, Rousey has still not stepped back into the Octagon – though that will finally change this Friday. In the main event of the anticipated UFC 207, she will challenge reigning women’s bantamweight champion Amanda Nunes for the title she once guarded so ferociously.

In advance of this Rousey comeback, many members of the MMA community have offered up their predictions on the fight. The latest to do so is former UFC heavyweight, current podcast host and Rousey ex-boyfriend Brendan Schaub. Schaub weighed in on Rousey’s return on The Pony Hour with Tony Hinchcliffe.

On the show, the former UFC heavyweight explained that he doubts Rousey is in a good place mentally, given her failure to get right back into the cage and attempt to avenge her loss to Holm.

“I never bet against Ronda,” he said. “The thing that scares me a little bit about her is that, you look at a real fighter like Conor McGregor, when he lost to Nate [Diaz], he was like ‘I want to fight tomorrow. Give me that f*cking fight back, man.’ He was begging them. His team was like ‘don’t take that fight, that’s a bad fight for you.’ He goes, ‘no no no, I want to fight him, and I’m going to fight him at [170 pounds] just to prove to doubters I can do it. That’s what you want. If you’re a manager, if you’re a fight promotion owner, that’s what you want. What scares me about Ronda is she went MIA. She blamed it on the media. It’s like, well that same media turned you into who you are.”

“So, her taking this time off, it’s a little scary,” he continued. “In her interviews, I don’t see them, but someone told me she said something like ‘this is one of my last ones.’ Whenever a fighter even hints at ‘this might be the last one’, they’re one foot in, one foot out, or both feet out. Ronda’s so technical, and the women’s divisions have a long way to go to catch up with men, but if men say that, they get absolutely annihilated. If I hear any of that, I always take the other guy if I’m betting on it.”

“Style-wise, this fight for Ronda to come back to is a good one. Amanda Nunes comes forward, which Ronda loves and she’ll toss her and submit her. So, my money’s still on Ronda. That’s banking that her mental state is good. I don’t have any insight on this, but from what I hear, and obviously with the time off, that’s up for debate.”

What do you think of Schaub’s prediction? Sound off, PENN Nation!