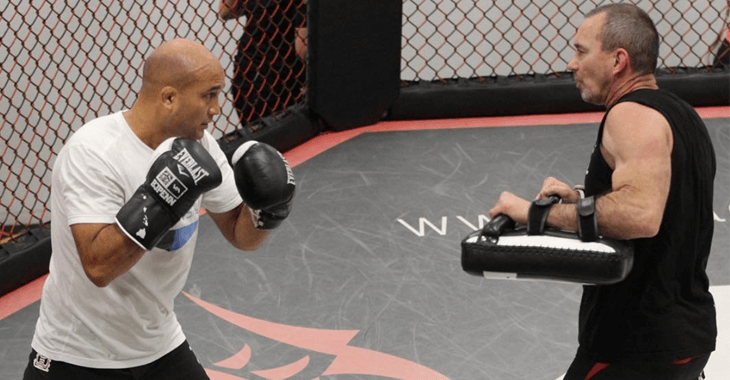 When UFC Hall of Fame legend BJ Penn called coach Greg Jackson of JacksonWink MMA Academy and inquired about training with them, Mike Winklejohn being the other half to one of the most successful MMA camps in the world may have had his doubts about “The Prodigy.” However, Penn who is looking to make his way back to a title shot in the UFC featherweight division with the guidance and coaching of Jackson and Winklejohn has shown his new coaches in Albuquerque, New Mexico that he is serious about being a student of their craft.

BJPENN.COM was able to get a few questions in with Coach Wink who is a nominee for “MMA Coach of the Year” in the Eighth Annual Fighter’s Only World MMA Awards, which take place on Feb. 5.

BJPENN.COM’s questions are in bold and Mike Winklejohn’s answers are italicized.

Is there anything that has surprised you since working with BJ?

I had heard derogatory things about him but he has been courteous, respectful and willing to learn and absorb new information. He has great athletic abilities and a lot of power.

With no opponent named for BJ yet, who are you looking at in the featherweight division that you feel would be exciting fights for Penn?

I would like to see BJ get a challenging fight that would test his new skill set and prepare him for his eventual shot at the title. I wouldn’t know off the top of the head who that would be just yet.

With a busy schedule and many champions to make in the gym, Mike Winklejohn and Greg Jackson will have something intriguing to show at UFC 196, which takes place on March 5 where Penn is expected to make his return to the Octagon. Will a reinvented JacksonWink trained BJ Penn make a statement to the UFC featherweight division? Share your thoughts with us in the comments!