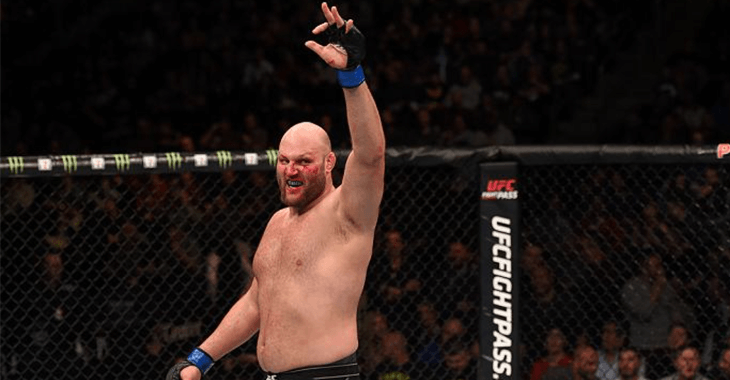 Yesterday afternoon, former UFC heavyweight champion Junior Dos Santos issued one of the most courteous callouts in UFC history. The recipient of this callout was current heavyweight champion Stipe Miocic, who he defeated with a narrow decision back in late 2014. If Dos Santos gets his way, this rematch with the reigning champ will occur at UFC 209 in Brooklyn in February.

As of now, Miocic has not responded to to Dos Santos’ ultra polite callout. The reigning champ has, however, been active on social media, sharing snippets of his thanksgiving celebrations. This prompted a response from Ben Rothwell, a top-ranked heavyweight who was recently defeated by Dos Santos, and was once scheduled for a battle with Miocic.

It’s not entirely clear what Rothwell is so angry about. It seems likely, however, that he’s unhappy with the hiatus from competition that Miocic is currently enjoying, which has admittedly slowed the evolution of the heavyweight division, forcing top contenders Cain Velasquez and Fabricio Werdum to fight each other rather than for the title.

While Rothwell’s frustration is somewhat understandable, it’s not like Miocic has been out for long. The heavyweight champion defended his title less than three months ago, when he weathered an early storm to score a first-round knockout of Alistair Overeem in a round of the year contender. This successful title defense came less than five months after Miocic’s title-winning knockout of Fabricio Werdum. All this to say, Miocic has been quite active this year and cannot really be blamed for the slow growth of the heavyweight division. When Miocic does return from his well deserved break, it will probably be to fight with the winner of Werdum and Velasquez’s December showdown. Fighters like Dos Santos and Rothwell, meanwhile, are probably still another win or two from title contention.

Who would you like to see Miocic, Rothwell and Dos Santos fight next? Sound off, PENN Nation!