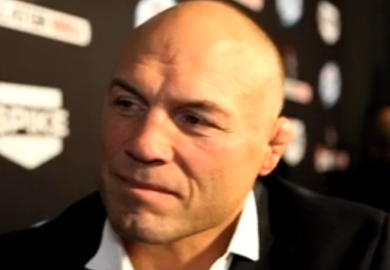 Randy Couture finds himself in a bit of a pickle.

According to UFC President Dana White he is no longer allowed to attend any UFC events. He is banned for life for signing with SPIKE TV and Bellator.

The catch, is that Randy’s son, Ryan has just signed a deal with the UFC and will likely want to corner his son.

That can’t happen according to the UFC boss, but Randy insists it’s an Athletic Commission issue not a UFC issue.

Banned for life… is that too harsh?