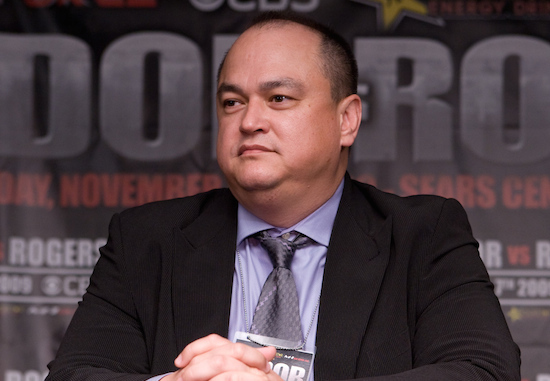 Since Scott Coker took over control of Bellator from Bjorn Rebney earlier this year he has been a busy man, and doesn’t plan on slowing down in the new year.

Coker spoke to Heidi Fang of MMAFightCorner to discuss his plans for the promotion in 2015.

“Basically, Bellator will go once a month for its championship series, and then four times a year, we’ll do a big tentpole event which will be stacked with all the big fighters and will be in big arenas across the country. So that will be a difference.”

In addition to that, Coker also announced he would be bringing WMMA back to Bellator!

“We’re definitely talking with our guys internally, talking to Spike just to make sure that we the television time available for another division. But my goal is to bring a talented women’s division into Bellator in the next six months,”

“To me, we have to put on fights that fans want to see, fights that grab television ratings, fights that put butts in seats, and fights that the media wants to cover. That’s really the point of it and it’s worked for me in the past when we were running Strikeforce and put on big, big fights. And we’ll get there.”

“I’ve only been there four months now. It’s going to take time, but get us to the first of the year and I think you’ll see a big change in the stars and we’ll have some new stars that we’re building from the ground up. I think that we’re very good star identifiers and star builders and I think our past has proven that. We’ll look upon free agency when fighters are free and we’ll do our best to sign them up. We’re going to build from the top down and we’re going to build from the bottom up and that’s going to be a good formula.”