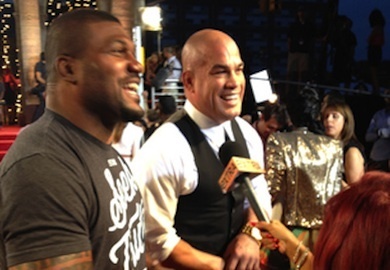 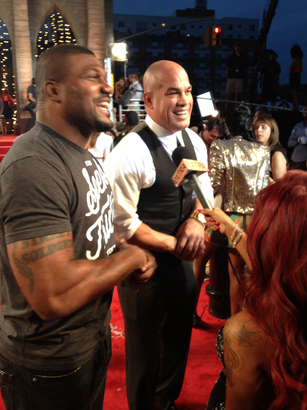 Two former UFC Champions, Rampage Jackson and Tito Ortiz are making the best out of being signed under the Viacom owned Bellator promotion.

In the photo the two, who will be facing each other on November 2, are seen at the recent MTV Video Music Awards getting interviewed by pop-culture sensation Snooki, from The Jersey Shore.