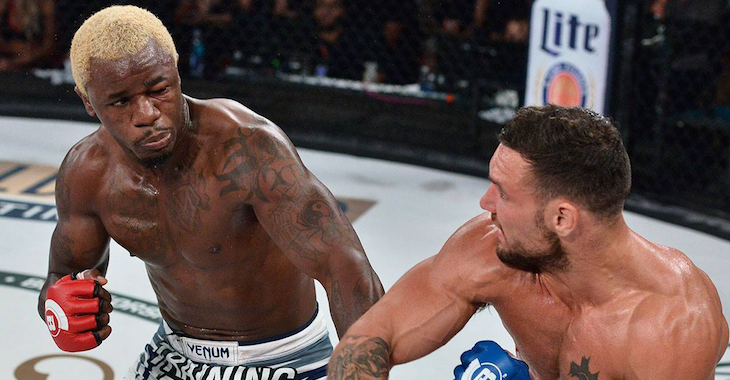 Melvin Guillard has had issues picking up momentum since getting released from the Ultimate Fighting Championship in 2014. After a controversial split with World Series of Fighting earlier this year, “The Young Assassin” signed with Bellator with hopes of picking up lightweight gold. Guillard will have to wait until his hand recovers in order to do that, however, as he suffered a ‘shattered’ right hand during a split decision loss to Brandon Girtz at Bellator 141.

Bellator officials have since confirmed that Guillard will be undergoing surgery later on this week for his broken hand. Check out the picture of his hand moments after the fight below. The content is graphic!

Dear Melvin Guillard’s hand, You sure picked an awful time to break. #bellator