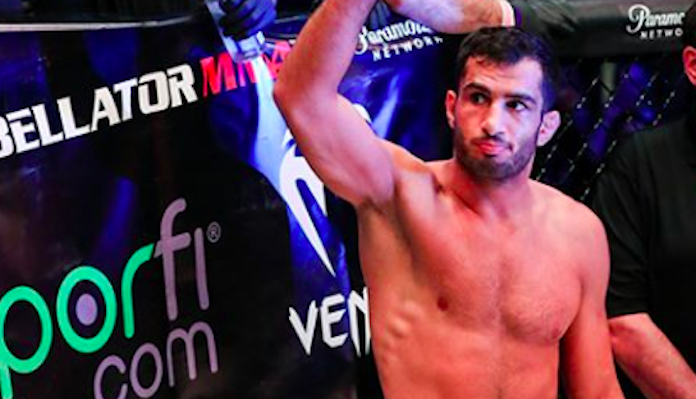 Mousasi returns to the Bellator cage on Friday night when he takes on John Salter for the Bellator middleweight title. While “The Dream Catcher” knows he can’t look too far ahead, when the media asked him who he wants to fight next, he had to give them a name. That name would be Romero, the former UFC middleweight title challenger who recently signed with Bellator. “The Soldier of God” was supposed to take part in the promotion’s 205lbs tournament, but he was forced out of the tournament due to a medical issue. Once he’s healthy, Mousasi says that he is open to fighting the man that no one else wants to fight.

“(John Salter) is the No. 1 contender. I don’t know who (Bellator) has in the middleweight division. He was the only guy I thought I was going to fight. There’re no big names yet in Bellator. Yoel Romero is a big name but he’s coming off (three) losses and usually, you fight once and then you fight for the belt. I don’t know. (But) who wants to fight Yoel Romero? He’s a monster. He’s in Bellator and if he makes middleweight, we’re going to fight. I’m a fighter. If you give me the contract, I’ll fight,” Mousasi told MMAjunkie.com.

Mousasi needs to get by Salter first if he’s even to think about fighting the likes of Romero and the other middleweight challengers in the Bellator cage. But should he get by Salter, and the betting odds suggest that Mousasi is a big favorite to do so, then Romero could be next, provided that he’s cleared by a doctor and is able to still make the 185lbs limit.

Do you want to see Gegard Mousasi fight Yoel Romero, and who do you think would win that fight?