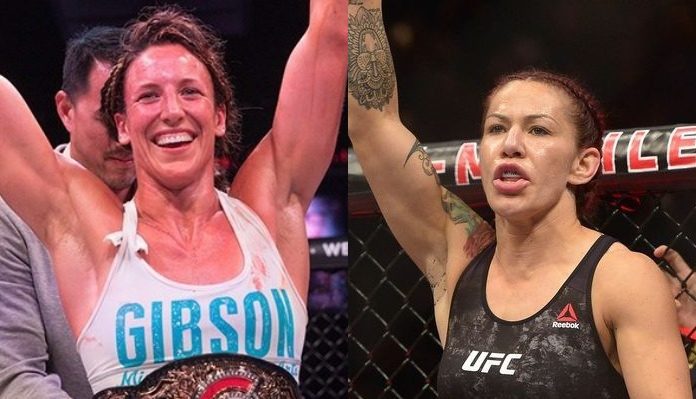 The opening betting odds have been released for the main event of Bellator Los Angeles between Bellator women’s featherweight champion Julia Budd and challenger Cris Cyborg.

The online sportsbooks William Hill released the odds for Cyborg vs. Budd. Check them out below, courtesy of BestFightOdds.com.

Typically, the champion is often the favorite heading into a title fight. However, in this case, it’s fair that Cyborg was labeled as the favorite by the oddsmakers.

Cyborg (21-2, 1 NC) is regarded by many as the greatest female MMA fighter of all time. She is the former UFC, Strikeforce and Invicta FC women’s featherweight champion. The 34-year-old Brazilian is headed to Bellator after a mostly successful stint in the UFC where she went 6-1 overall with wins over Felicia Spencer, Holly Holm, Yana Kunitskaya, Leslie Smith, Tonya Evinger, and Lina Lansberg.

However, she did suffer a brutal KO loss to Amanda Nunes at UFC 232, her first loss in over 13 years since her pro debut back in 2013, and only the second loss overall during her storied MMA career. After getting into a contract dispute with UFC president Dana White, the promotion let free to pursue other opportunities, and she chose to sign with Bellator, who immediately awarded her a title shot against their champion Budd.

Budd (13-2) has been extremely dominant so far during her Bellator career with a perfect 7-0 record in the promotion. The 36-year-old Canadian is actually riding an 11-fight win streak and she has only lost twice in her career, to the aforementioned Nunes and to women’s MMA pioneer Ronda Rousey. She is an incredible champion and a tremendous talent in her own right, but going up against a superstar like Cyborg, it’s not surprising Budd is being viewed as the underdog in this fight despite being the one with the belt.

Who do you like based on the opening odds in the Cris Cyborg vs. Julia Budd title fight?