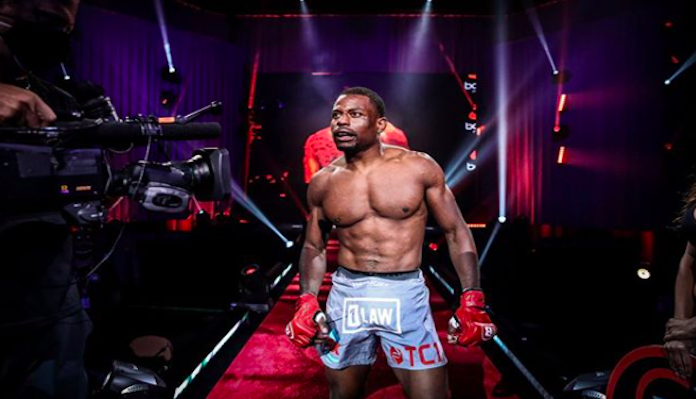 Bellator featherweight Tywan Claxton says he turned down a $250,000 job offer in tech to continue to be a full-time MMA fighter.

The 27-year-old Claxton made his professional MMA debut in 2017 for Bellator. He won the first five fights of his MMA career — four of them by knockout — to claim a spot in the Bellator Featherweight World Grand Prix. Unfortunately, Claxton was bounced from the tournament when he lost by submission to top contender Emmanuel Sanchez. Since then, Claxton has gone 1-1 with a split decision loss to Jay Jay Wilson in his last fight.

Despite his recent struggles, Claxton is committed to his career as an MMA fighter. In addition to being an MMA fighter for Bellator, “Air” also works as a software developer. Taking to Twitter on Monday, Claxton said that he is all-in on his MMA career. In a Tweet that surprised a lot of fans who saw it, Claxton says he recently turned down a job offer for $250,000 as a developer so he can chase his dream of being a world champion.

Today i was offered a full stack developer position making 250,000 / year…did an interview for sh*ts and giggles, really to test my knowledge, ended up getting the offer…today i decided i was a full time fighter… part time developer… at least until i hear #AndNew

Claxton’s Tweets drew a mixed response from fans. Many supported Claxton’s decision to chase his dreams and be a full-time MMA fighter and work part-time as a developer. However, there were also critics of his decision, with many fans commenting that he should have taken the FT job. Considering the coronavirus pandemic and the financial ramifications of it, it’s certainly a ballsy move by Claxton to spurn what appears to be a great job offer. But his dream is to be a world champion, and you have to respect it.

Do you think Tywan Claxton made the right decision?