The fighter salaries from tonight’s Bellator 286 event have been revealed and to no surprise champion Patricio Freire topped the list.

Freire (34-5 MMA) was returning to action this evening for the first time since reclaiming the promotions 145lbs title with a unanimous decision win over A.J. McKee at April’s Bellator 277 event.

Despite his best efforts, the Hungarian was not able to find his groove this evening in Long Beach. Patricio Freire was able to frustrate Borics for the majority of the fight and used his veteran IQ to tactically outpoint ‘The Kid’. While Adam did have some moments in the contest, it wasn’t enough to sway any of the judges in his favor. 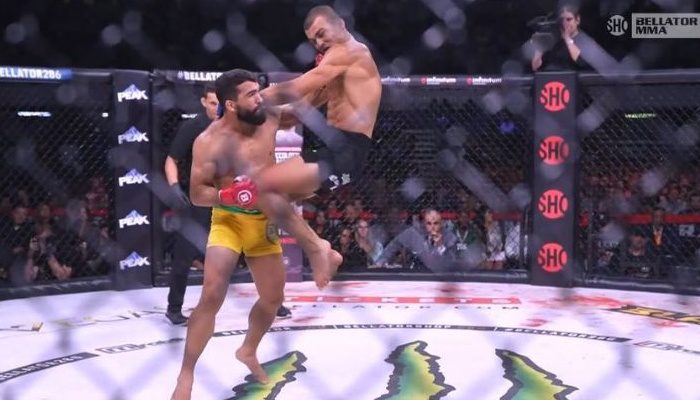 ‘Pitbull’ has now gone 9-1 over his past ten Bellator appearances overall.

Tonight’s Bellator 286 event was co-headlined by a lightweight matchup between A.J. McKee and Spike Carlyle. As expected, the pair produced a thrilling and bloody fight, with McKee ultimately earning the unanimous decision victory.

Get all of tonight’s Bellator 286 Fighter Salaries below (h/t MMAJunkie):

What do you think of the disclosed Bellator 286 fighter salaries? Share your thoughts in the comment section PENN Nation!