Nemkov (12-2 MMA) and Davis (22-5 MMA) originally collided at Bellator 209 in November of 2018, with the Russian emerging victorious by way of split decision.

Since his first encounter with ‘Mr. Wonderful’, Vadim Nemkov has gone on to earn back-to-backs stoppage wins over Rafael Carvalho and Ryan Bader, the latter of which earned him the promotions 205-pound title.

Meanwhile, Phil Davis will enter tonight’s Bellator 257 main event on a three-fight winning streak. Since being outpointed by Nemkov in 2018, ‘Mr. Wonderful’ has picked up stoppage wins over Liam McGeary and Karl Albrektsson, and most recently had his hand raised against Lyoto Machida.

In addition to the light heavyweight title being on the line, the Bellator 257 main event winner will also secure a spot in the semi-finals of the promotions 205-pound tournament.

Anderson (14-5 MMA), a former TUF winner, made his Bellator debut this past November where he scored a second round TKO victory over veteran Melvin Manhoef. That win was preceded by a knockout loss to reigning UFC light heavyweight champion Jan Blachowicz. 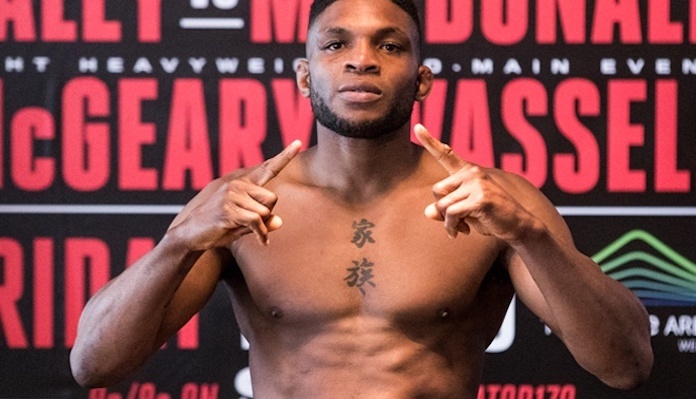 Daley (42-17-2 MMA) will enter the contest on a two-fight winning streak, this after earning victories over Erick Silva and Saad Awad in his most recent appearances. ‘Semtex’ has earned 31 of his 42 career victories by way of knockout / TKO.

Paul Daley vs. Sabah Homasi – Daley def. Homasi via KO in Round 2

Pedro Carvalho vs. Jay Jay Wilson – Wilson def. Carvalho via TKO in Round 2

Saul Rogers vs. Mads Burnell – Burrell def. Rogers via submission (RNC) in Round 2

Steve Mowry vs. Shaun Asher – Mowry def. Asher via KO in Round 1

Who are you picking to win tonight’s Bellator 257 main event rematch between Vadim Nemkov and Phil Davis? Share your thoughts in the comment section PENN Nation!