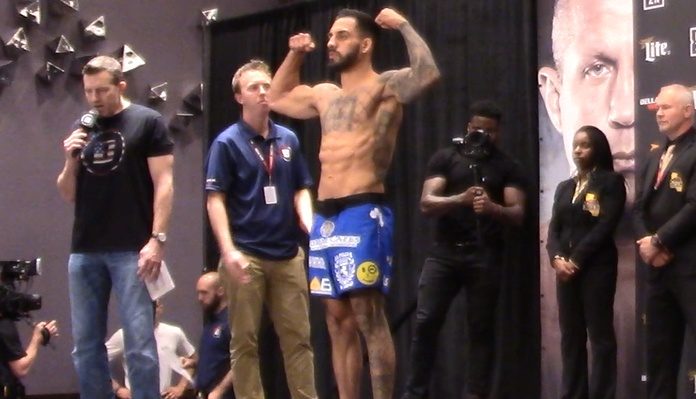 A featherweight bout between Aaron Pico and Henry Corrales served as the co-headliner of tonight’s Bellator 214 event in Los Angeles.

After losing his professional debut to Zach Freeman via submission, Aaron Pico has since rebounded with four-straight first-round knockouts.

In his most recent effort at Bellator 206, Pico needed just over three minutes to earn a TKO victory over Leandro Higo.

Meanwhile, Henry Corrales (16-3 MMA) enters tonight’s contest on a four-fight winning streak of his own. Corrales defeated Andy Main via third-round TKO in his most recent effort at Bellator 208.

Round one begins and Corrales starts things off with a low kick. He lands another. Pico works his jab. He follows one up with an uppercut that drops Corrales. Henry scrambles back to his feet as Pico rushes in. The two fighters stand and trade wildly. Corrales clips Pico and Aaron is out cold! WOW! What a incredible win for Henry Corrales.