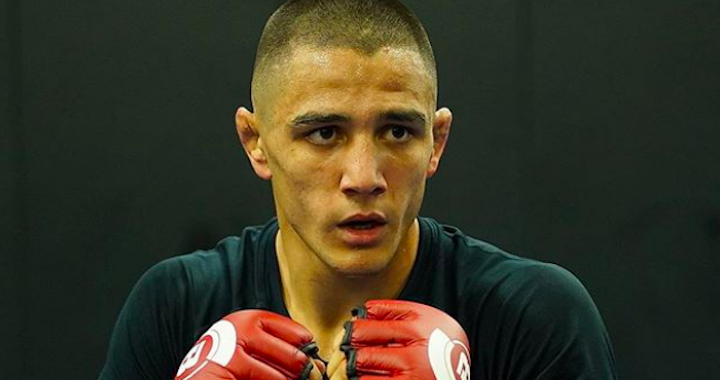 While UFC 220 is dominating the attention of most MMA fans tonight, Bellator is also back in action, promoting one of its best shows to date in Bellator 192. In the second bout of the Bellator 192 main card, decorated wrestling transplant Aaron Pico delivered yet another incredible knockout, executing Shane Krutchen with a body shot from hell.

See this ultra-violent KO below:

With this win, Pico moves to 2-1 as a pro mixed martial artist, building on a 2017 Knockout of the Year contender over Justin Linn, and further separating himself from a submission loss to Zach Freeman in his MMA debut.

Who would you like to see the red-hot Aaron Pico fight next?