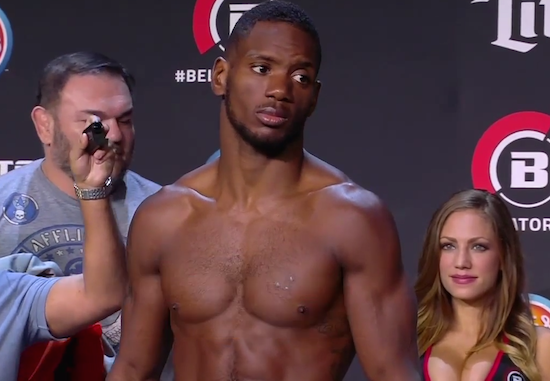 There is just something about Michael Chandler title fights that just screams “TRILOGY”.

His bout tonight with Will Brooks was one of the most exciting lightweight title fights in the history of Bellator and it showed that Brooks initial victory was not a fluke.

The first round was simply a feeling out process. Due to Brooks bouncing around the ring, there was not a lot of contact. Brooks would take the round, though, as he controlled the cage and dictated the pace of the fight.

Faces were bloodied and eyes were bruised in the second round by both men, however, and it could have been argued that it was a tie.

Chandler could not deal with the fast-pace fight that Brooks wanted to perform with and tried to cut his fatigue in half. Chandler tried to do so by shooting for a takedown and pressing Brooks up against the fence, making him carry his body weight. Brooks displayed how elusive he was by repeatedly escaping Chandler’s grasp and making his way back to the center of the cage.

Chandler would try and take the fight to the ground in the fourth round, but his gameplan is ultimately what bit him in the butt. Brooks, again, escaped Chandler’s grasp. As Brooks was getting back to his feet with Chandler postured over him, Brooks rocked him with a hook that sent Chandler to another planet!

Will Brooks def. Michael Chandler by way of TKO (Strikes) 3:48 of Round 4