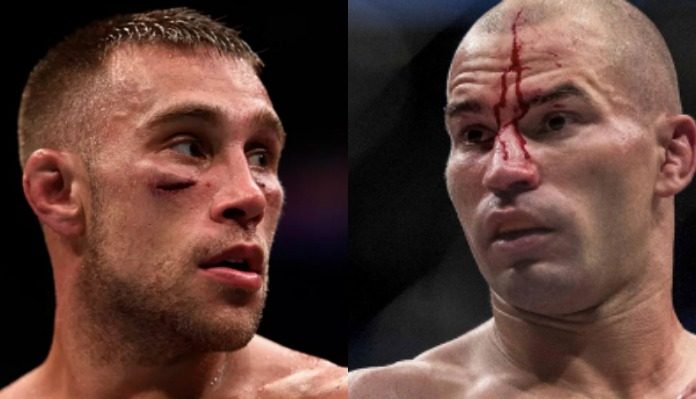 We can now add another name to the list of fighters to call out Artem Lobov: Kyle Bochniak. The all-action American featherweight called out the Russian on Wednesday evening on Twitter.

@RusHammerMMA, If you are available, Would love to share the octagon with you September, 15 in Moscow Russia 🇷🇺 I like your style & believe we can put on a hell of a show. @seanshelby @Mickmaynard2 @danawhite

“[Artem Lobov] If you are available, would love to share the octagon with you September, 15 in Moscow Russia,” Bochniak said in his Tweet to Lobov. “I like your style & believe we can put on a hell of a show.”

It did not take long for Lobov to respond to this callout.

“Let’s do it!” Lobov said in his reply to Bochniak.

Lobov, who is one of Conor McGregor‘s training partners, hails from Russia but has made a home in Ireland. He is currently on a two-fight losing streak, having given up decisions to Cub Swanson and Andre Fili. Lobov was scheduled to battle Alex Caceres at UFC 223 on April 7, but was removed from the card for his role in McGregor’s infamous rampage in Brooklyn. Lobov is 14-14 overall.

Bochniak, meanwhile, last fought on the UFC 223 undercard, when he gave up a decision to red-hot featherweight contender Zabit Magomedsharipov in an early frontrunner for 2018’s Fight of the Year honors. This loss was preceded by a win over Brandon Davis. Bochniak is currently 8-3 overall.

The UFC’s debut September 15 stop in Moscow will mark the promotion’s debut in Russia. The card was briefly expected to be headlined by a heavyweight battle between Alexey Oleynik and Fabricio Werdum, but this plan is likely to have been nixed by Werdum’s recent USADA trouble.

Does a fight between Artem Lobov and Kyle Bochniak interest you?