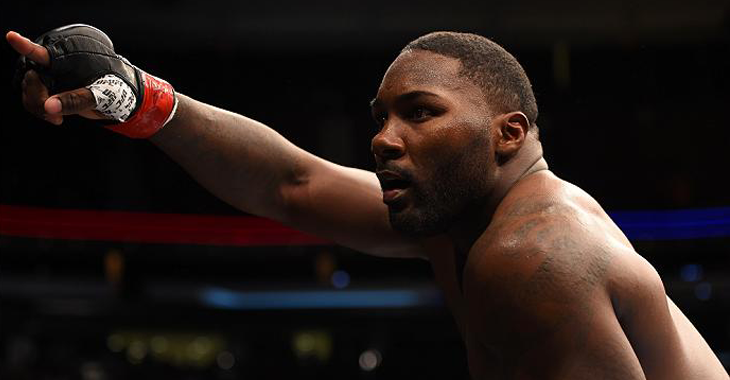 “This was my last fight,” Johnson told Joe Rogan in the post-fight Octagon interview. “I didn’t tell anybody. I didn’t even tell Dana White. My coaches knew, my family knew and my friends knew. I didn’t want any distractions. But I have to thank you all for being there for me. I gave my commitment to another job. Something that I have wanted to do for a while. It is not MMA related or anything like that. It is just time for me to move on to something else. I’m tired of getting punched by guys and rolling around on the ground with guys and stuff like that. Ain’t nothing fun about that.”

Johnson also said in a social media post following his retirement announcement, “I’ll miss MMA and every aspect of the game, but my time is over and I’m ready to watch the new generation take over. Now I can be Anthony Johnson/AJ and not Anthony Rumble Johnson!”

However, it looks like there are still some signs of the old “Rumble” in the gym.

Current #4 UFC ranked light heavyweight Volkan Oezdemir who is slated to fight #2 ranked Jimi Manuwa at UFC 214 in July posted a photo with Johnson in the gym on Friday.

Oezdemir said in the caption of his post, “Each fight need a specific preparation ! Getting ready to shock the world with my man @anthony_rumble
#weknowwhattodo #ufc214 #trainsmart”

Each fight need a specific preparation ! Getting ready to shock the world with my man @anthony_rumble #weknowwhattodo #ufc214 #trainsmart

What do you think about Anthony Johnson helping to prepare Volkan Oezdemir for his big fight against Jimi Manuwa? Will Johnson get the itch to compete with being in the gym and helping with fight camp? Let’s discuss it in the comment section! 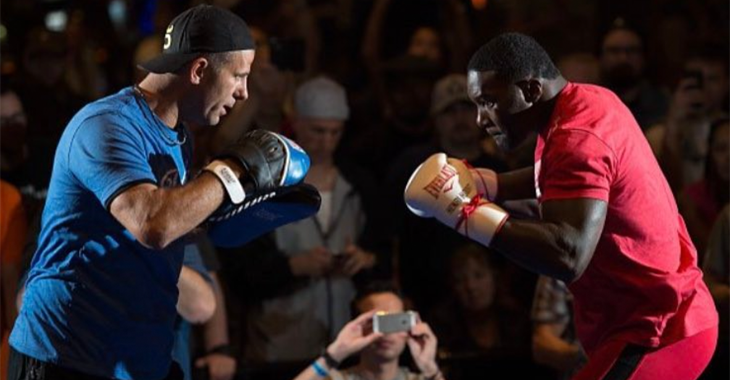