Unfortunately, while Cormier and Johnson were booked for a rematch before, Cormier was forced out of the fight with a torn adductor in his groin, and thus the bout was rescheduled for April 8th. During a recent appearance at the Daytona 500, Johnson spoke about the fight to MMAJunkie, as well as his prediction for how things will play out in this highly anticipated rematch:

“There’s nobody on top, but me and Daniel,” Johnson said. “The others are doing their thing.”

“I expect everything out of Daniel,” Johnson said on his upcoming rematch. “I expect him to come out fast, hard and aggressive. I’m looking forward to it. I don’t take anything for granted when it comes to Daniel.”

Johnson was also asked about his thoughts on former top ranked light heavyweight Ryan Bader recently signing with Bellator MMA. When it came to that topic, Johnson didn’t mince words:

“Bader is just irrelevant. He won’t be able to compete with any of us in the top 2 or 3. He just can’t beat us. Period. I’m not taking his talents for granted, but you saw what happened with me. I beat him in what, a minute? Daniel would have taken a little bit longer, but he would have beat him, too.” 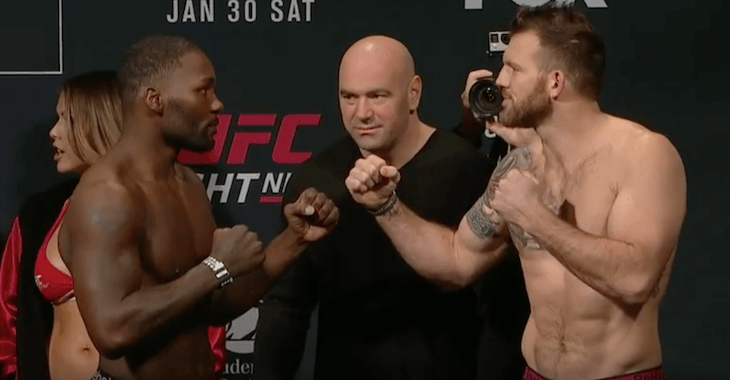 As Johnson stated above, when he stepped into the Octagon with Bader, it didn’t take long for ‘Rumble’ to finish the TUF alum in the first round.