The Ultimate Fighting Championship will return to New York on April 8 in Buffalo for “UFC 210: Johnson vs. Cormier”.

Johnson and Cormier first met at UFC 187 in May of 2015 with “DC” defeating “Rumble” via third-round submission (rear-naked choke), thus capturing the vacant UFC light heavyweight title in the process. 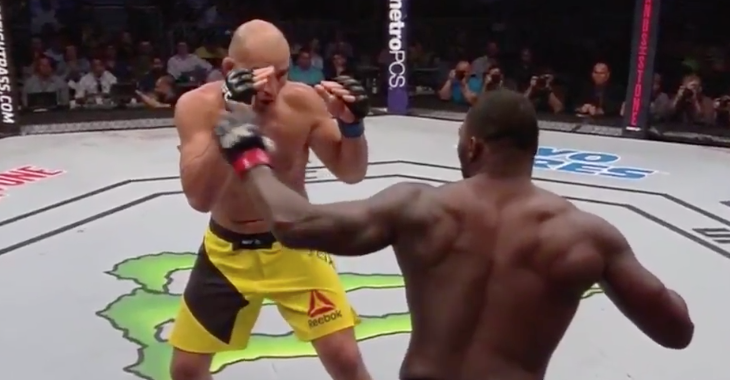 Meanwhile, “DC” has fought twice since his first encounter with “Rumble”, scoring decision victories over Alexander Gustafsson at UFC 192 and most recently former middleweight kingpin Anderson Silva at UFC 200 in July of 2016.

Chris Weidman finds himself in desperate need of a win, this after suffering the first two losses of his professional career to Luke Rockhold and Yoel Romero in his most recent outings. Both of those losses came via referee stoppage, with Yoel Romero scoring a devastating flying-knee knockout most recently at UFC 205.

Prior to the setbacks, Weidman had reeled off thirteen-straight victories including stoppage wins over Vitor Belfort and Anderson Silva (twice).

Meanwhile, former Strikeforce champion Gegard Mousasi has reeled off four-straight victories heading in to his UFC 210 showdown with Weidman. “The Dreamcatcher” was most recently seen in action this past November, where he scored a first-round TKO victory over Uriah Hall.

Below are the current eleven bouts slated for the UFC 210 pay-per-view event on April 8:

Which UFC 210 fight are you most excited for? Sound off PENN Nation!