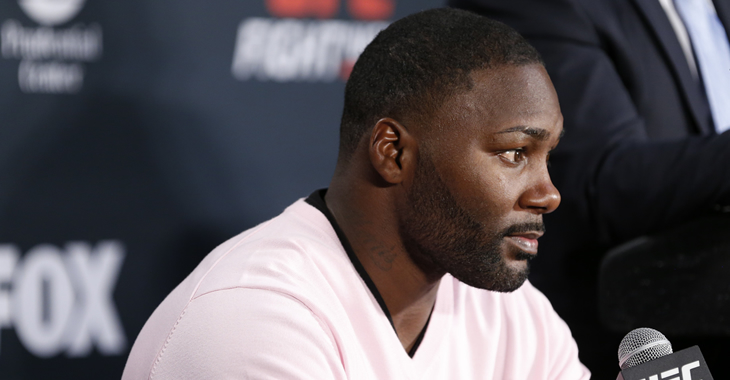 In his post-fight Octagon interview, Johnson revealed that he would be retiring from MMA to pursue other ventures. While Anthony Johnson didn’t immediately reveal his future plans, he recently revealed that he had partnered with someone, and would be opening up a medicinal marijuana dispensary. He spoke to MMAJunkie to discuss his seemingly sudden retirement from MMA, saying:

“I love myself. A lot of guys don’t think about that. They want to get into these battles, and just wars, and I’m not about that life. I’ll be honest – I was never a fighter. Fighting was natural to me in a way. because I was so athletic; I caught on to everything quick. I was never meant to fight. I was meant to do something else, something greater in life. It was just time for me to move on, and I wanted to be able to have kids and be able to talk to them and play around with them by the time I’m 45.

“I know a lot of these guys already have kids that are in the UFC and MMA, and they get knocked silly. My man Diego Sanchez has taken some hits, bro, and he’s dropping. I remember watching him on ‘The Ultimate Fighter’ and he was killing it. Now, these guys are younger, bigger, and faster, stronger … and I don’t want to go out like that. If those guys want to do that to themselves, go ahead. That’s your life, that’s your body, that’s your future. But for me, I’m destined to do something greater.”

Although many have predicted that Johnson will return to MMA, it appears as though that may not be the case.